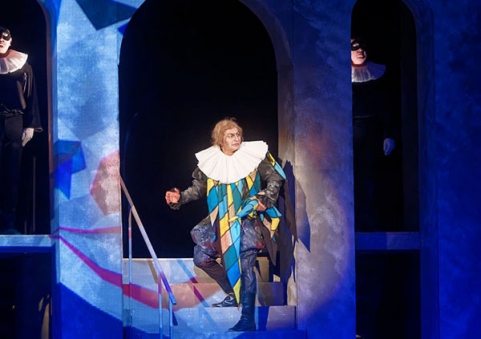 In the year of Giuseppe Verdi, when we mark 120 years since the death of the great composer, the State Opera Varna presents "Verdi Hattrick" with three of his most popular operas.

"Rigoletto" is a new production by the talented Stage Director from the younger generation - Srebrina Sokolova. Being the second Director of the great Kuzman Popov - the Main Stage Director of the
Varna Opera, she followed in his footsteps while managing to create her own style by updating the classical traditions with a modern conception of the world.