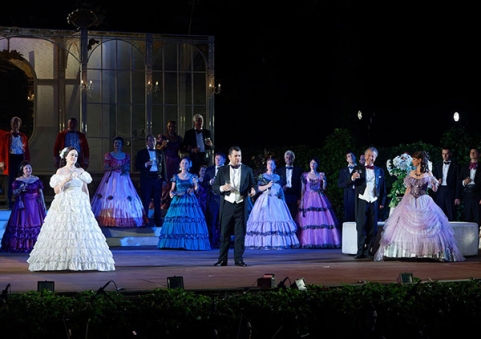 In the year of Giuseppe Verdi, when we mark 120 years since the death of the great composer, the Varna State Opera presents "Verdi Hattrick" with three of his most popular operas.

The role of Violetta Valeri in "La Traviata", conducted by Grigor Palikarov, will be performed for the first time by the young Bulgarian soprano Kristin Arsenova who lives in Italy. She is a heritage opera singer and a student of Maestra Raina Kabaivanska, holding plenty of awards from international competitions. In the competition in Bologna 2 years ago she was unanimously awarded first place by the Jury, and Daniela Dimova – the Director of the Theatre and Music Production Center - Varna, gave her the prize for debut for her leading role in a performance of the Varna State Opera. In "La Traviata" Kristin Arsenova will be partnering with the magnificent Ivan Momirov - Alfredo Germont, and Svilen Nikolov - Giorgio Germont.