OPERA IN THE SUMMER THEATRE 2018

ballet by P. I. Tchaikovsky

musical to music by Nacio H. Brown and Arthur Freed

musical to music by Nacio H. Brown and Arthur Freed 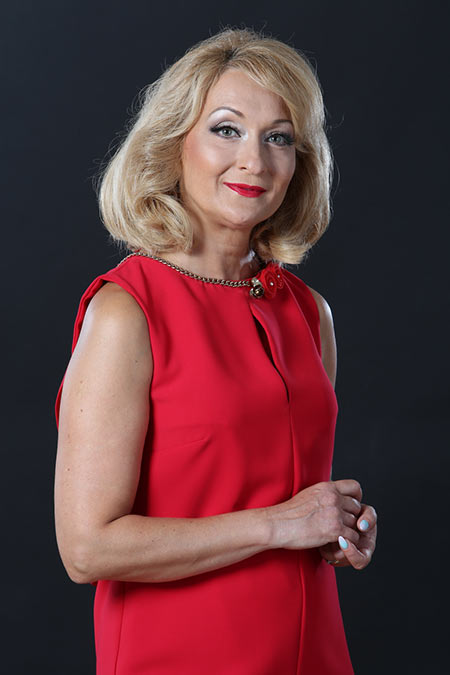 For the ninth time the unique Summer Theatre in Varna will welcome special events of the opera, operetta, ballet and musical.

The State Opera Varna has diligently been preparing during the whole musical season to present to its numerous audience a variety of genres, styles, staging teams and performers with worldwide careers. Six premieres stand out among them.

Our fifth premiere, Der Fliegende Holländer, has been accomplished together with our friends from the National Opera in Belgrade.

For the operetta fans we have prepared a remake of the impressive production of the unforgettable Vidin Daskalov Die Csárdásfürstinof 1996.

An unforgettable summer is before us, in which the emotions and inspiration will help us to enjoy beauty, mastership and harmony. Good luck to all the participants and our loyal audience! 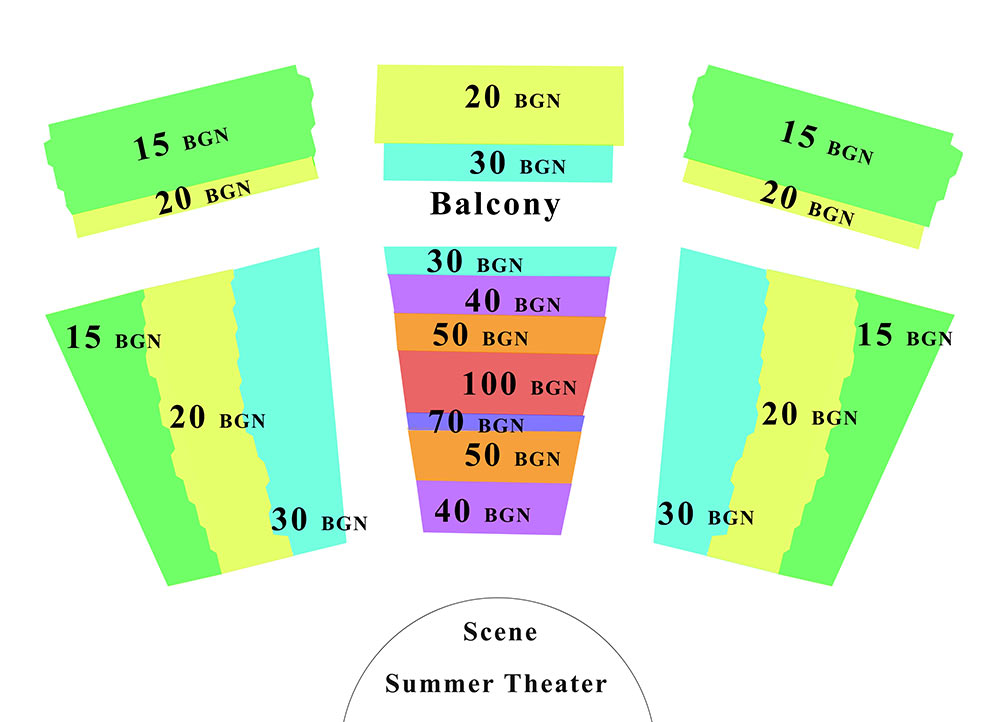 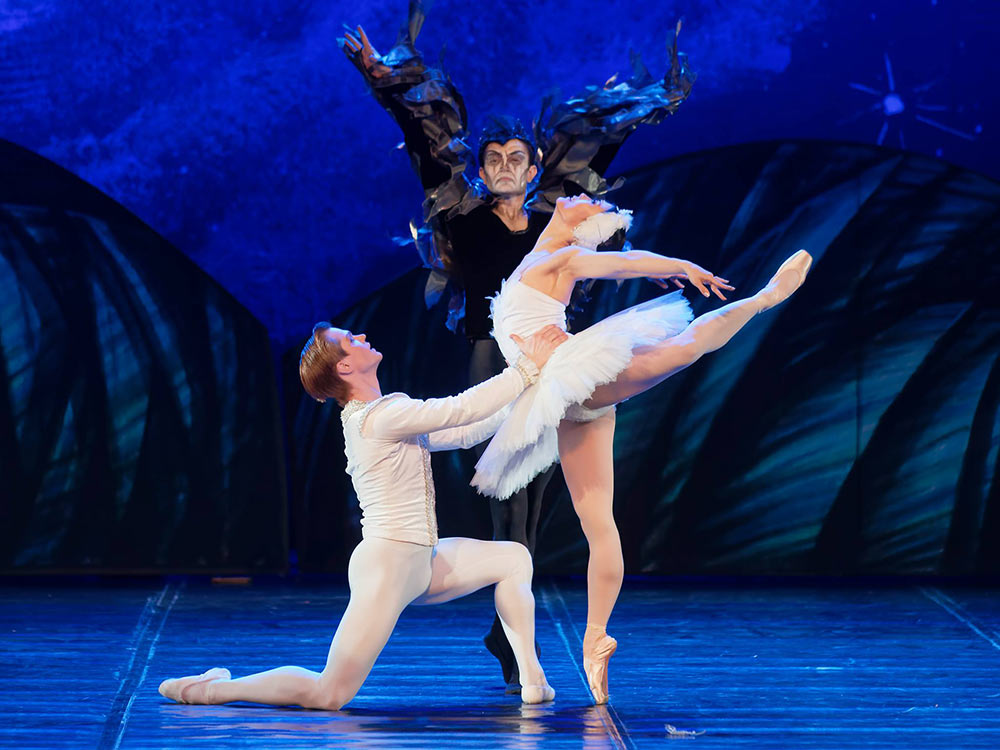 The brilliant history of the most loved ballet spectacle in the world began in 1895 on the stage of the Mariinsky Theatre, St. Petersburg. The innovative choreographic edition by Lev Ivanov recreated not only the movements of real birds, but it also expressed strong emotions like love, fear, pain and anxiety, the spectacle reached a new psychological depth. In his turn Marius Petipa staged the waltz, mazurka and the rest of the dances for the scene in the palace. Sergei Bobrov is chief artistic director of the State Theatre for Opera and Ballet in Krasnoyarsk and of the Varna ballet troupe. In his edition he introduces new elements which are related to the modern tendencies of classical dance.

Duration 2 hours, with one interval. 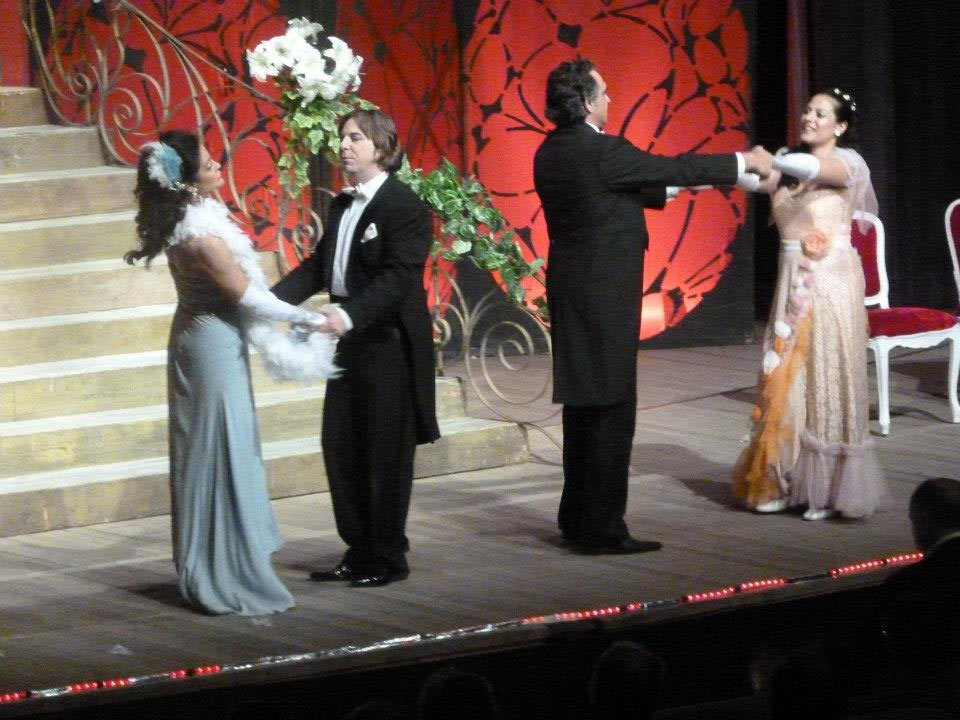 Remake of the 1996 Vidin Daskalov Spectacle

The work of Imre Kalman is among the preferred titles in Varna.  As early as 1923, only several years after its premiere, Aleksandar Naumov, Bandmaster of the Navy Brass Orchestra, and the music teacher Krum Mumdzhiev staged with the participation of amateurs the first production of the operetta. In 1957, under the conductorship of Emil Glavanakov, director Bohos Efeyan and artist Mariana Popova, the first production of Die Csárdásfürstin was accomplished by the professional Varna opera troupe. Since then the title is invariably part of the repertoire of State Opera Varna. The star of the National Music Theatre and director Aleksandar Mutafchiyski, born in Varna and loved by the Varna audience, is considered by the music critics as a praiseworthy successor of the unforgettable Vidin Daskalov (1929 – 2001), who realized the most successful production of  Die Csárdásfürstin in 1996.

Duration 2:30 hours, with one interval. Performed in Bulgarian with titles in English and German. 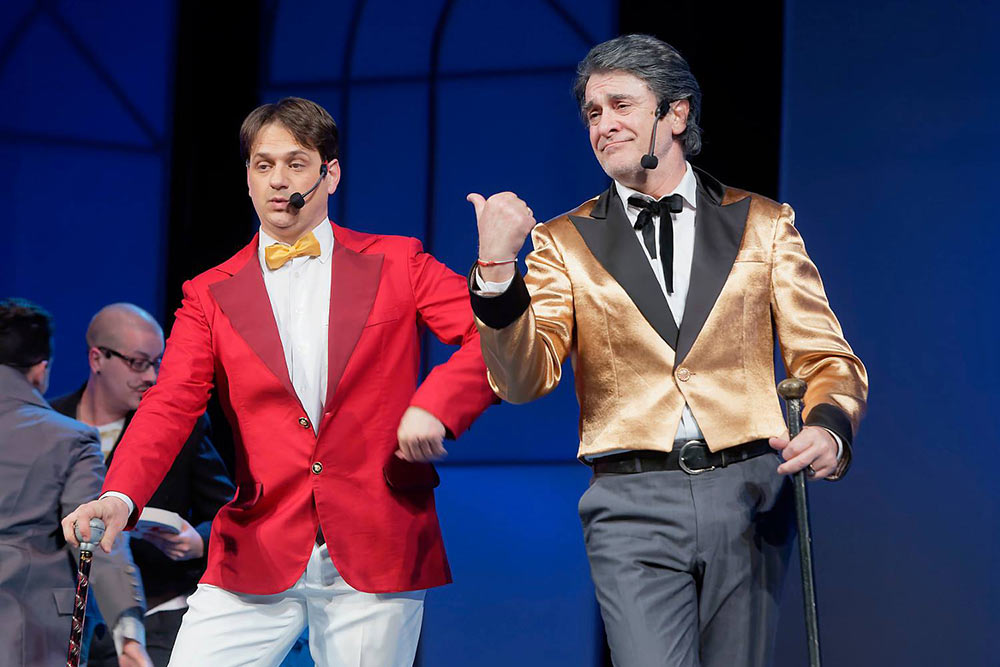 SINGIN’ IN THE RAIN!

With the special participation of Orlin Goranov and

The greatest film-musical of all times!

At the basis of the musical is the film comedy, directed and choreographed by Gene Kelly and Stanly Donen, with the participation of Kelly, Donald O’Connor and Debbie Reynolds. The film, produced by Metro-Goldwyn-Mayer, presents Hollywood at the end of 1920s, when the era of the silent films is at its end. Today it has the status of a legend, topping the list of the American Film Institute of the Greatest Movie Comedies and ranks as the fifth-greatest American picture of all time. Singing in the Rain in its stage version, created by Broadway legends Betty Comden and Adolph Green, who also created the screenplay and are Oscar-winners, is equal to the standard of the film original with the great advantage that it happens live.

Duration two hours, with one interval. Performed in Bulgarian with titles in English. 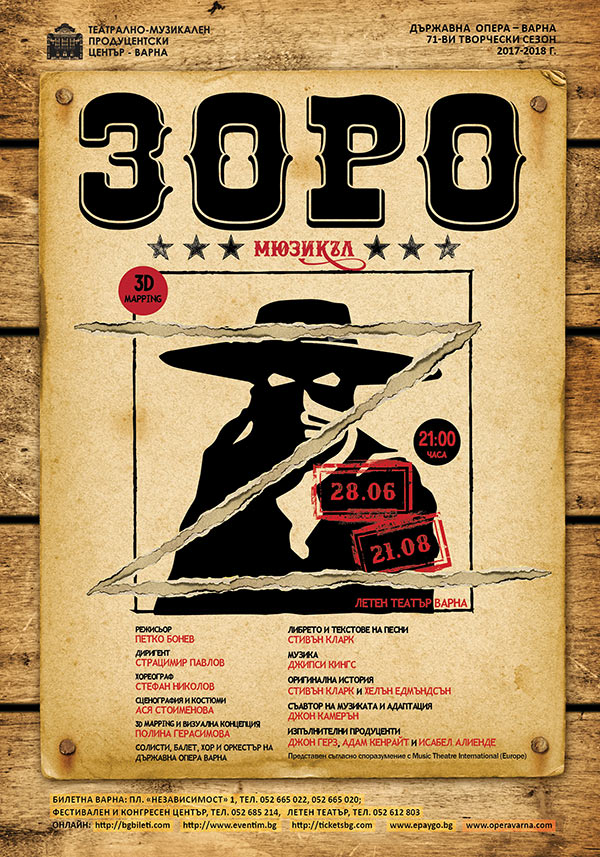 In the leading roles:

This legendary story about the fight of good against evil was an enduring inspiration for Gipsy Kings, the additional orchestrations, compositions and arrangements of John Cameron and the text of Stephen Clark, based on the famous novel of Isabel Allende El Zorro: Comienza la leyenda. The musical recreates the dramatic tale about the romantic hero Zorro in extraordinary singing and acting embodiments, spectacular fights with swords and incredible stunts – all this wrapped in the authentic colors of the traditional flamenco.

Duration 2 hours, with one interval. Performed in English with titles in Bulgarian. 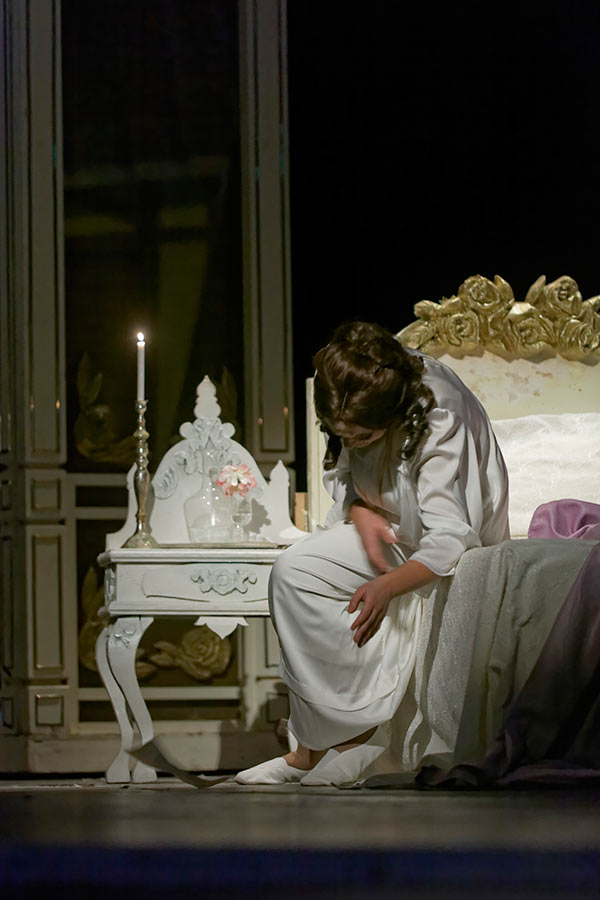 In the leading role:

VIOLETTA – Ilina Mihaylova
ALFREDO GERMONT –  Ivan Momirov
GIORGIO GERMONT – Plamen Dimitrov “The story of Violetta Valery is true to the reality of the historical time when it happens, rising to the tragic ballad of the tragic love. Marie Duplessis, Marguerite Gautier, Giuseppina Strepponi or Violetta Valery – does it matter which of them? – the story is about the one who calls herself “traviata’, i.e. the derailed, astray the right path, but who cherishes deep in her heart ‘a tender longing for happiness’. The story is about a night moth, marked by death, who in the noisy ecstasy of conquered Paris is dreaming of true love, aware that this is ‘Insanity!’ And… chooses insanity! Paradox…” Kuzman Popov – director

Duration 2:45 hours, with one interval. Performed in Italian with titles in Bulgarian and English. 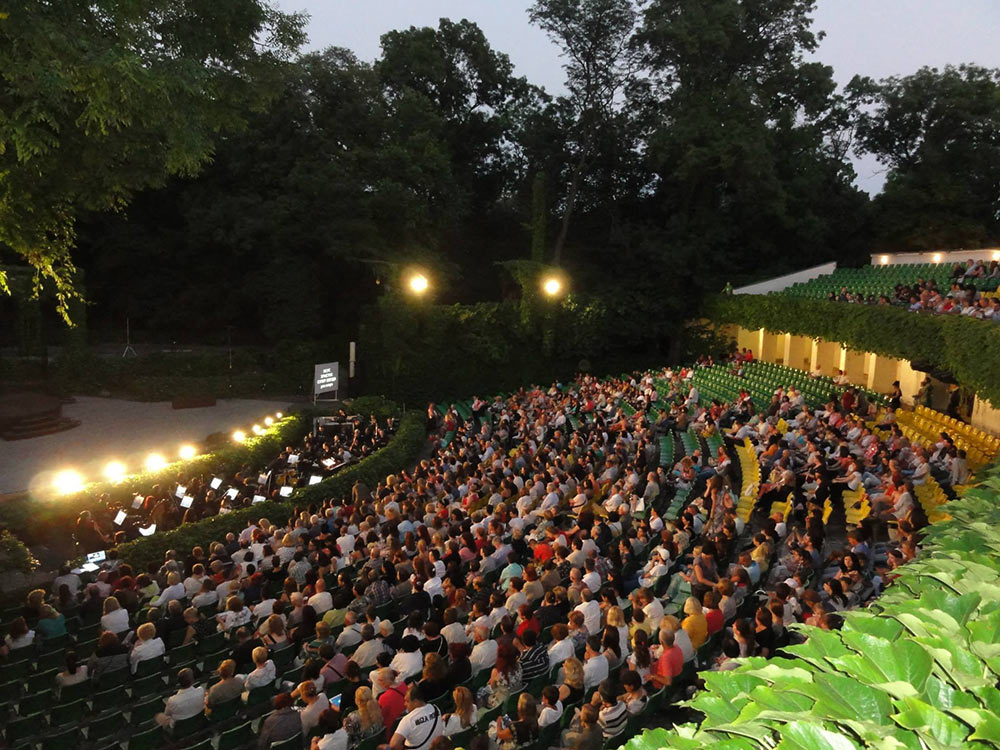 With the special participation of Fabio Armiliato

Fabio Armiliato is one of the leading tenors on the international music stage. Critics and audiences highly assess his voice in the upper register, his musicality and artistic achievements.  He was born in Genoa, where he graduated from the Niccolo Paganini Conservatory. He has participated in productions of the Metropolitan Opera in New York, La Scalla in Milan, the Paris Opera, the Wiener Staatsoper and others. He is especially impressive when performing the roles of Mario Cavaradossi in Tosca. Fabio Armiliato is also one of leading actors in the Woody Alan film To Rome with Love.

Duration 2 hours with one interval.